Off topic discussions, where you can just relax, have a tea or a coffee, talk about the weather or something else... 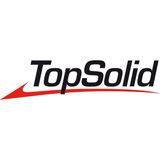 Let me start by extending a big THANKS to Missler. I can tell already that this forum will be a huge help.

My company builds plastic injection molds. I have been at this company for more than 5 years and feel very fortunate to have been taught CAD/CAM here.

I am now the lead programmer/designer. I started learning TopSolid when the 2006 version was released. That was a long time ago but I have had trouble making the time to learn TopSolid. I am just beginning to feel comfortable enough with it to start designing molds and making toolpaths and I am sure that I will learn much faster now.

We initially selected TopSolid because many of the local competitors were using it and after seeing a demonstration we felt that we had to have it.

My interests include kayaking in gentle rivers, motorcycles, and probably anything else that runs on gasoline

hello and thank you missler, i am excited to be a part of this forum, my name is jeff norris and i am from ohio. i have a wood products company where we make just about anything out of wood, and sometimes metal, we even do a little concrete work. i am going on six months of owning TopSolid and feel strongly that this is the most powerful product for a custom job shop like mine. i have logged nearly 800 hours since i purchased TopSolid and i am sure that i will never stop learning all of the great features of TopSolid. my hobbies are pretty much making things, wood products of course, but i am also a guitar player and i like to tinker with old German cars. i am also in the process of designing a cnc machine for my shop that we intend to build, this may take a while. please take a look at our website. and thanks again to missler.[/img]
www.grandviewtechnologies.com
Top

I'm from Bosnia, I'v been using TopSolid since version 2004 and I'm loving it!
The company I work for makes molds for plastic injection-moulded components and die-castings, aside from other non-TopSolid related stuff and I work mostly with top/cam and top/electrode in combination with top/design.
We also use top/mold (of course!) with kinematics and have a seat with top/wire too.

Anyway, I shut down my topsolidforum.com website when this forum was launched as beta and I'm really glad that we finally have the place to discuss TopSolid as well as get to know each other and help each other using our experience as the leading star

Looking forward to having a good time here!

Re: Let's introduce ourselves!

I realized that D@vid didn't introduce himself :p

So, detailed info (with picture - haha) would be nice

I've been doing electro-mechanical integration and R&D for quite a while, and I also worked in internet marketing and photography.

In 1999, due to my rather diversified experience, I was hired to translate TopSolid'Cam from French to English, subcontracting to the previous Missler rep in Montreal (not the present rep) and that is how I discovered this fabulous piece of software.

To paraphrase an old Remington shaver ad, "I liked the software so much that I bought a copy! " (then, v6.2.x if I recall correctly).

I became functional on the software as a result of having translated TopSolid'Cam software and manuals, having had to learn and then extensively go through all the functions, rewrite texts, etc.

At the end of my contract, I was offered to help teach TopSolid'Cam with the team, but soon thereafter, a much better carreer opportunity came up and I stayed away from TS for a few years.

Last year, while on an R&D & prototyping contract for govt, I dusted off my old 6.2.x version and developped the whole experimental device on it.

I had so much fun that I couldn't resist updating to the current version.

OK Digital, so here we go:
My name is David, I live in Nantes (West of France) and have been working for MS for almost 14 years (time flies!).
With a mechanical engineering + CAD development specialization, I started @ Missler Software in 1994 as a TS application engineer (training, demos) in north France, then I worked for a while @ international dept as a TS support for VAR.
Then I trained myself on internet technologies to become webmaster for Missler Software in early 2000's. Today, I work 80% at home in the Marketing Dept as an Edtion and Web operations specialist, and it's good fun!

TopSolid is one of my main favourite subject, but I have many more: photography, tennis, body boarding and travelling.

I introduce my self Richard Lalonde Injection Mold Designer since 1980, Yes 27 year experience in mold design. I never got in that time 1day to learn CAM because I was always busy with mold and part design Itâ€™s not I didnâ€™t want, itâ€™s just the time who missed. In my carrier I have touch all kind of mold design concept (insert molding, over molding, In mold labeling, continuous molding and reel to reel molding â€¦â€¦.) I have touch in the past for mold design Cadkey, ProE AutoCad Ideas, but 5 years ago when TopSolid'Mold reappear on the Canada market with a new distributor I have jump on it because I knew the capacity of this module and up to now I could say this is the best module for mold design on the market, itâ€™s not because I use it, itâ€™s because I compare it to other one and itâ€™s true.

Also since 1985 I created my personal small business Mold Technologies Design as free land mold designer, I made mold design for many other tool shop when the where overloaded or the mold is to complex for them. I base my reputation on the quality of my service by supplying complete mold design 3D and 2D complete (mold assembly, bill of material etc).

5 years ago when I bought the software I was the first one in Quebec, Canada to use TopSolid'Mold from A to Z. I could say now than I have a good experience with this module to help you on this forum. But Iâ€™m sure I will learn something from you folks.
Top

I am Anderson Angelucci. I am mechanical engineer and I work for a company called Polimold Industrial (www.polimold.com.br). Polimold is the biggest latin america mold base manufacture

I am from Brazil and I am working with TopSolid since the version 2005.

Recently we bought the modules for CAM.

My name is Daniel and iÂ´m from Sweden.
Have been a TopSolid user since early 2000. Mainly using TopFold.

On my free time i spend time with my family, wife and kids. I also Snowboard alot during winter. Now i also spend some time with my recently launched blog: www.topsolidblog.com

Return to “Off Topic”