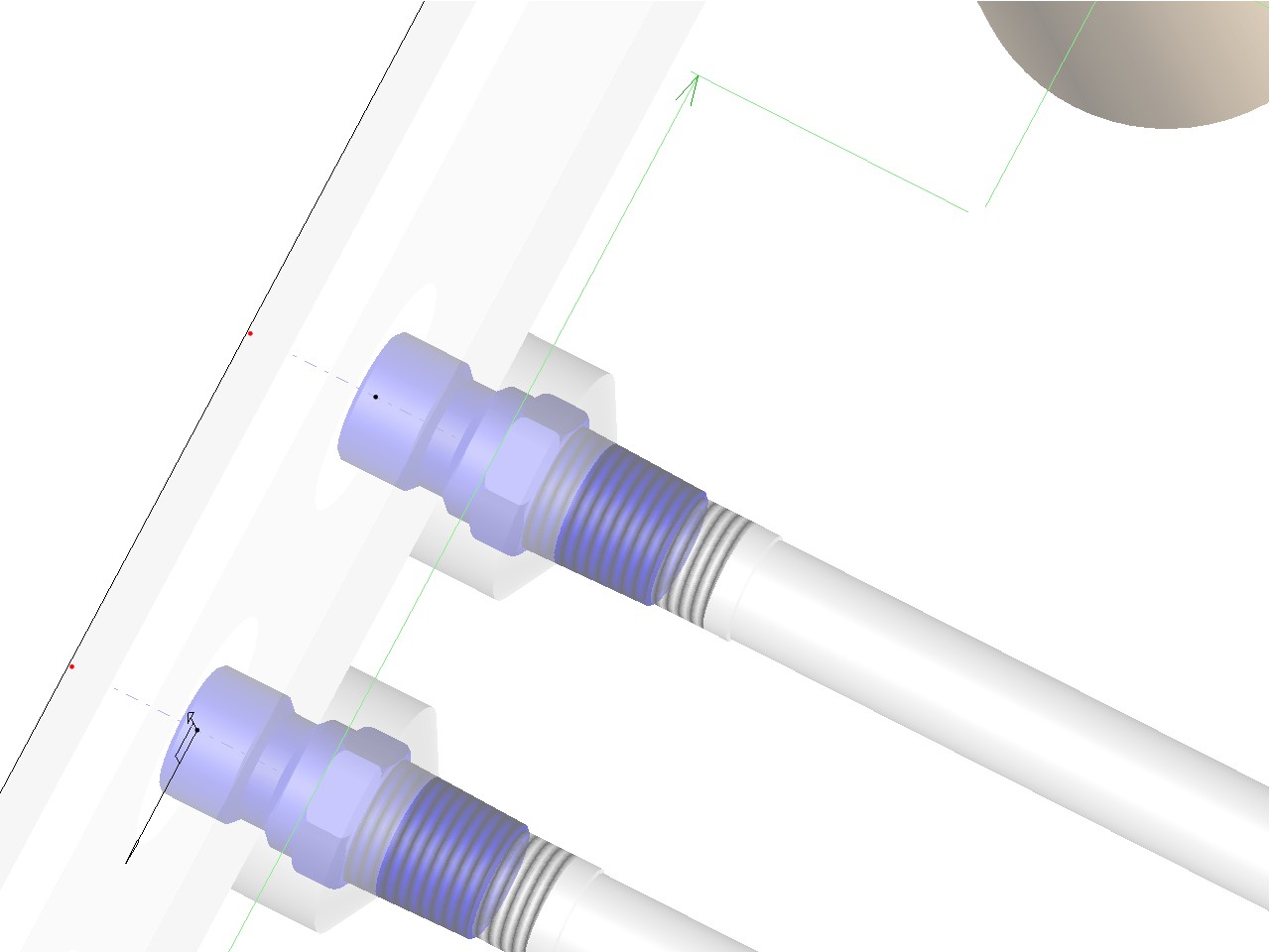 We drill all our counterbores for our water connectors. I use a custom component i created years ago that puts in the drilled counterbore and the jiffy connector.

However I do agree with you that it would be a usefull upgrade to TopSolid'Mold.
Top

Agreed, it should be added. And for the C'bore Dia I'd like that to be an actual Dia. Dimension not a clearance distance around the plug. That makes it easier to set.
Top

I just heard from the support team at Missler. Your improvements have been submitted to the developers.